Saundra has created many two-piece birdbaths as well as single birdbath basins. The sub-stratum could be any vessel that is sturdy and is shaped like a birdbath. Some of them were hand made with reinforced concrete, others from found objects (think gold pan), simple flower pot saucers and purpose built birdbaths with the basin tiled.

Several were made with pebbles in place of hand made tiles. Those tesserae were painstakingly collected from beaches and reluctantly given up for the enjoyment of the birds. Because of the water proximity, the occasional glass bead is added for glitter. 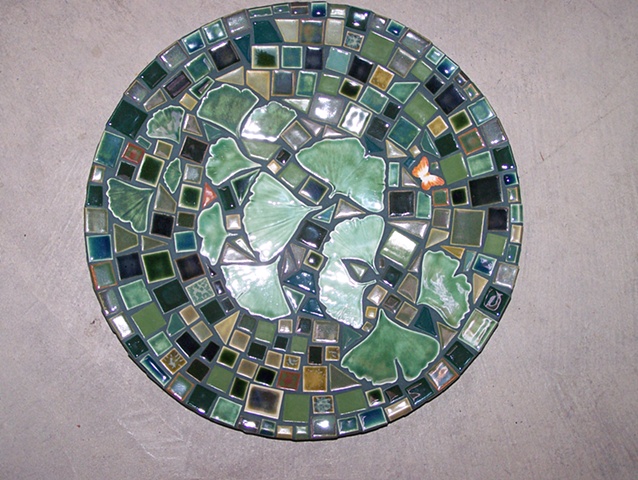 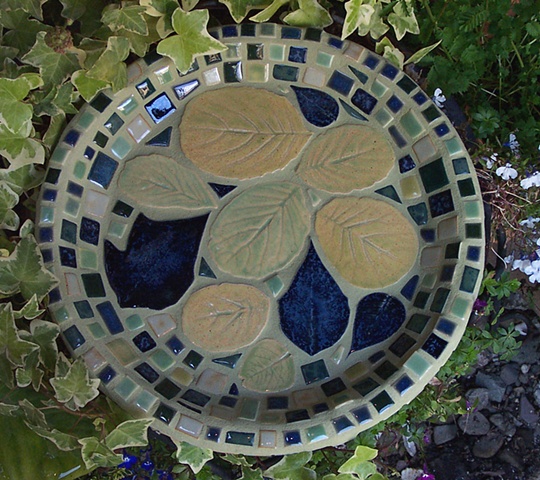 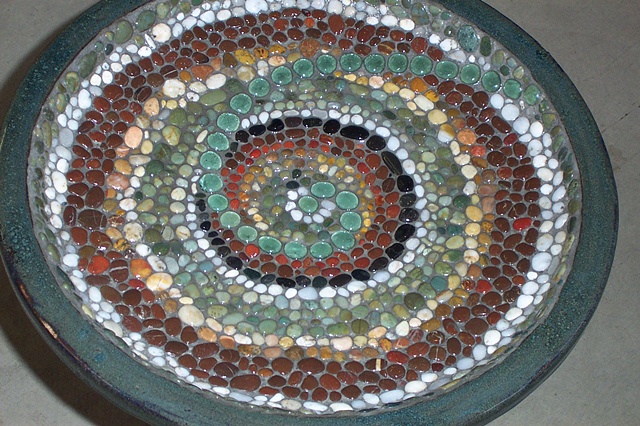 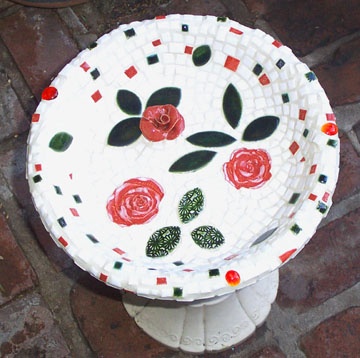